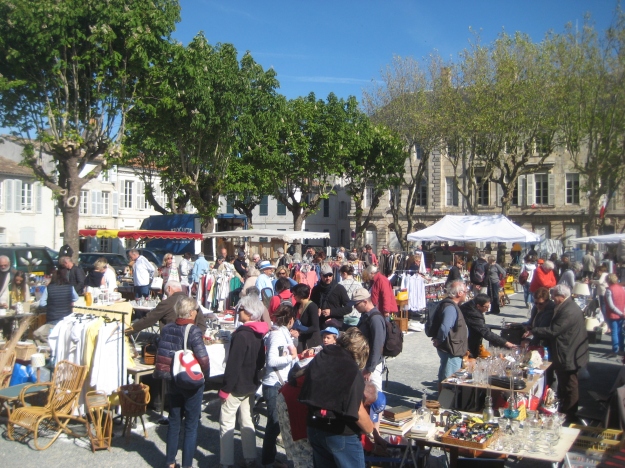 It was a beautiful sunny day on the Ile de Ré for the the first big holiday weekend of bargain hunting at the island’s various brocantes.  Even before nine in the morning buyers and sellers were busy just down the road from our house in St Martin de Ré .  My eyes were drawn to a bit of Josephine Baker hair care.

If Bakerfix wasn’t quite what you were after you’d still find it hard to go home empty handed.   There were so many stalls full of history.

We couldn’t stay too long though as the annual Ascension Day brocante in St Martin de Ré had been joined this year by a rival Broc in Rivedoux Plage.

This was a much smaller affair but you could at least look out to sea while browsing. That’s the bridge connecting the Ile de Ré to the mainland at La Rochelle inside the fish. 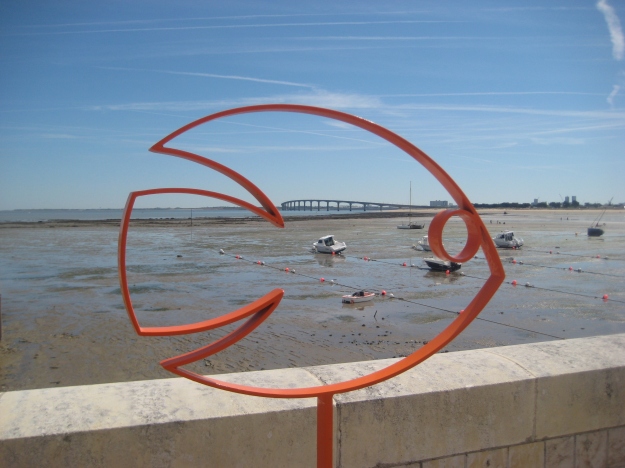 Two brocantes in one day, not bad but there was more to come.  Three in fact in the next two days.  First up La Noue. 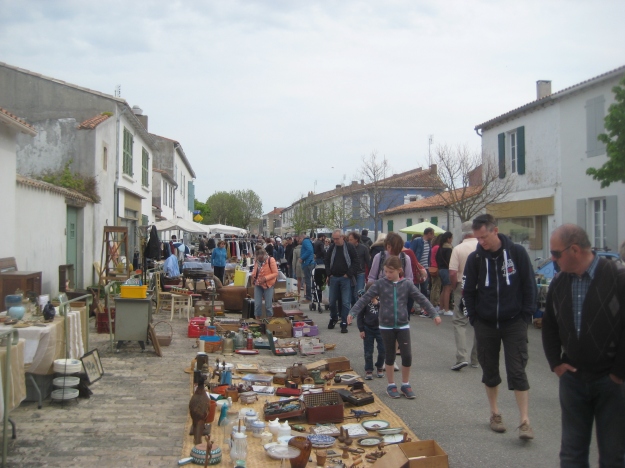 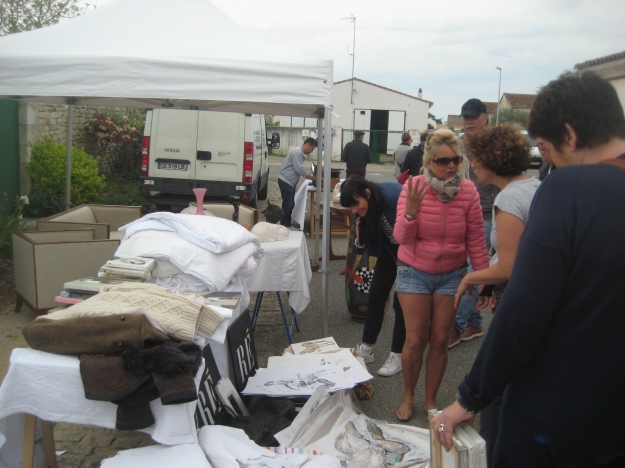 In Sainte Marie-La Noue the brocante stretched along one of the main roads of the village.   While at the other end of the island another road was blocked off for the broc in St Clément.

That chicken wasn’t going cheap but the next day in Ars there were plenty of bargains. Someone was clearly thinking summer…

Five brocantes in three days and there are plenty more to come.  The island tourist offices have all the details.  Our favourite is probably in the next village to us, La Flotte.  The next one there is on June 12th.