If you see a poster saying there’s going to be a ballet of boats you would want to go wouldn’t you?  So just before dusk I set out on my bicycle from St Martin de Ré for La Flotte and the Spectacle son et lumière Ombre de Nuit dans le port avec un ballet de bateaux traditionnels.

Everyone gathered around the harbour and waited.  The music started and out of the dark the boats started to glide by.  A few flares were let off to make things a little more atmospheric. 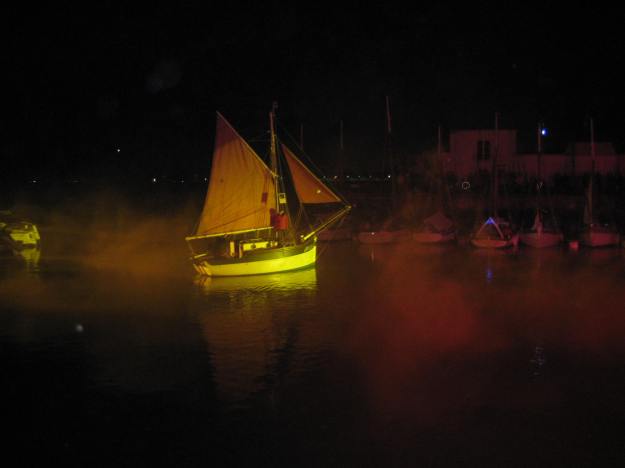 Most of the boats were genuine Ile de Ré craft.  Some had been working fishing vessels.  Many are now officially Monuments Historiques, all be it floating ones. 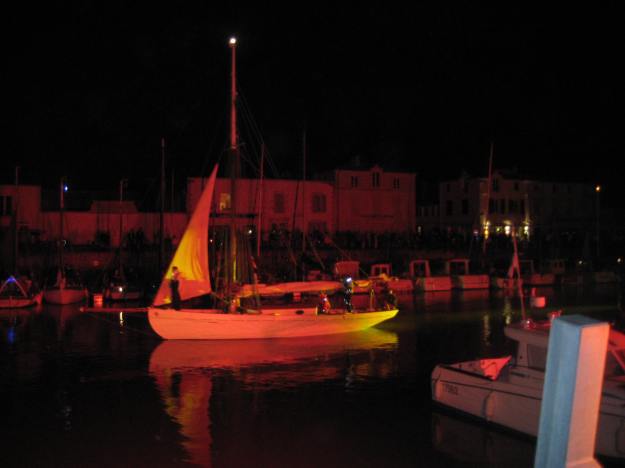 Each boat waited in the shadows for its turn.  It was a little balletic but sadly the boats didn’t really dance with each other.  That might have been exciting but it would also probably have ended in disaster.

Some of the boats can usually be seen in the daylight in La Flotte and there’s more of the Ile de Ré’s nautical history in the town’s Maison du Platin.

There are plenty of vessels old and new to be seen in the island’s other harbours, our house is just a 5 minute walk from the quayside in St Martin de Ré.  If you haven’t booked your summer holiday yet, we still have availability in late August and in September. You can check dates here.