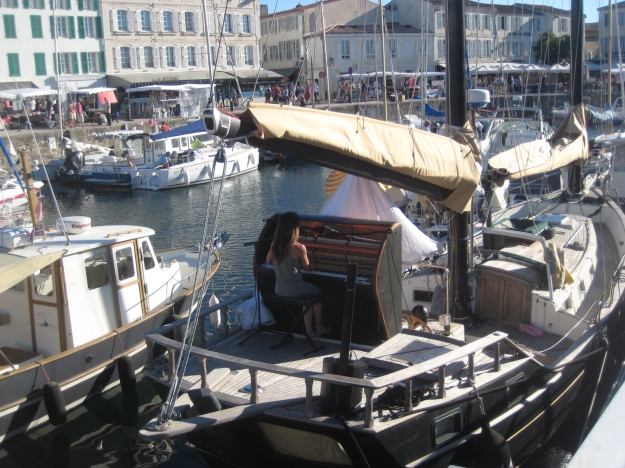 We get plenty of live music on the Ile de Ré.  This week it’s the annual Jazz Au Phare up at the Phare des Baleines lighthouse. Stanley Clarke is headlining. This summer we’ve also had live music from a yacht. The first day the Lady Flow  appeared in St Martin de Ré harbour I noticed there was something carefully covered up on deck.  A large rectangular object.  I never imagined it would be a piano. 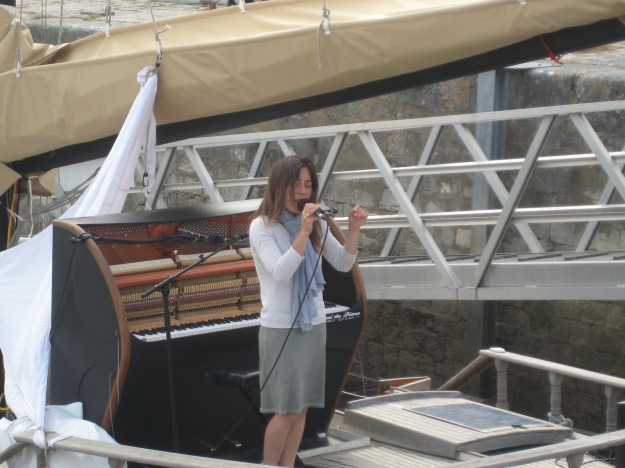 For a few days, twice daily, St Martin de Ré harbour echoed to the sounds of live music from the Lady Flow.  I kept walking down from our house to have a listen.  Pianocean as it’s called is a project that seems to carry some of the spirit of the love, peace and good music days of the mid 1970’s Radio Caroline when its ship was moored off the Dutch and then the English coast. 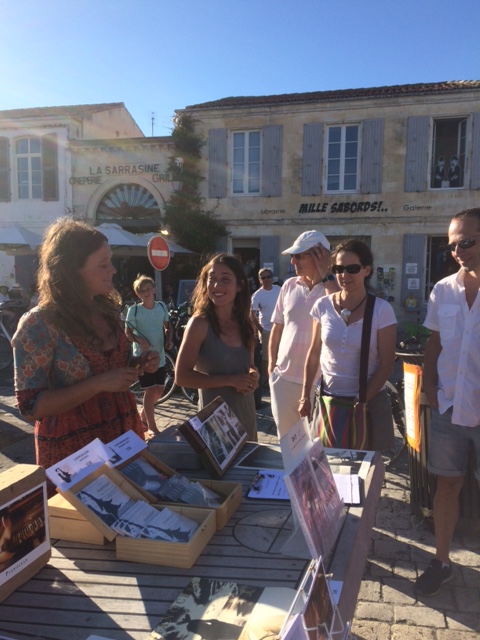 Last year they sailed round the Mediterranean. This year it’s France’s Atlantic coast and Brittany. As well as songs written about their experiences on and offboard, we were treated to covers of Tom Waits and even Billie Holiday’s Strange Fruit. 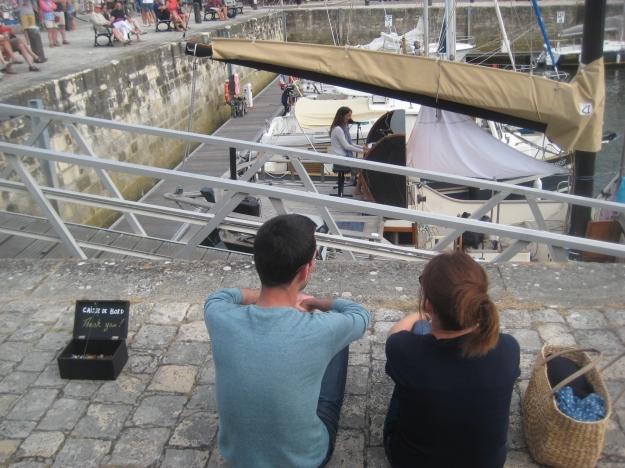 While listening I kept thinking how do they do it?  How do they get the piano up on deck?  Maybe it was on a moving platform like the old cinema organs.  More likely it’s muscle and a rope.  Marieke, the singer, said the piano had been put in her cabin so they could record a CD on board.

After St Martin de Ré ,the Lady Flow was sailing to La Rochelle for Francofolies. Details of future Pianocean venues are on their website. Apparantly they’ve pencilled in Antarctica for 2024!  Remaining ports of call this summer include Lorient, Le Crouesty, Vannes and Groix.